post-title Is Marijuana The Cure To The Opioid Crisis?

Is Marijuana The Cure To The Opioid Crisis? 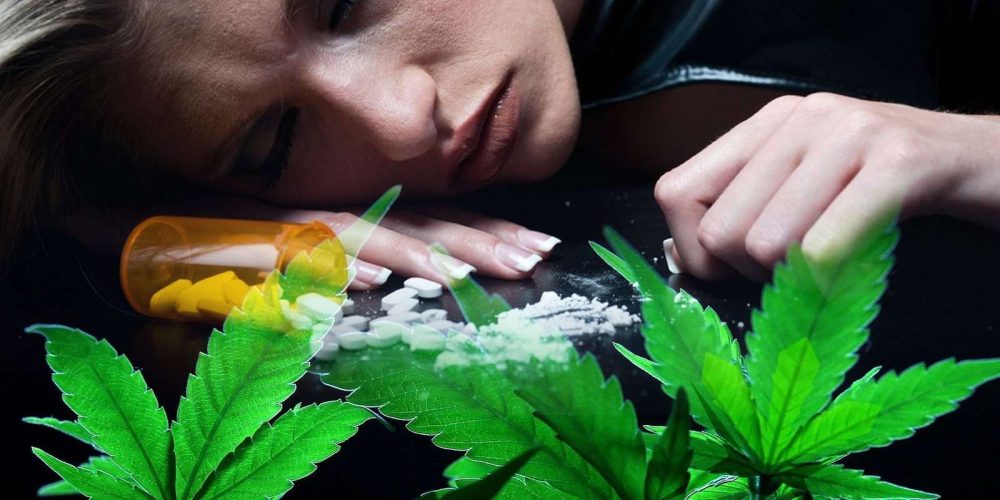 When the big pharma company, Insys gave over 500 thousand dollars to the Arizona anti-weed lobby in 2016 nobody batted an eye. In fact, you probably never even heard about it. The company that is headquartered in Phoenix is perhaps most well known for being the owners of a powerful fentanyl-based opioid spray, SUBSYS. It’s no mystery to most involved parties why Insys donated all of this money to groups working against legal weed in Arizona. Clearly, they believed that legal cannabis could cut into their share of the $24 billion painkiller industry.

Weed has been enjoying a growing number of physicians and researchers who believe that it could potentially be the answer to the opioid epidemic currently ravaging America. In fact, marijuana is now prescribed for everything from common back pain and arthritis, to treating pain and managing emotions in terminal patients. It’s become clear that weed offers real relief for most kinds of chronic discomfort experienced by individuals, especially when vaped. It also has a couple of key advantages over opioids, not least of which is that no one has ever died from a cannabis overdose while addictive opioids are very deadly. If you need a new vaporizer, be sure to check out https://www.churnmag.com/best-marijuana-vaporizer/ today.

The Fight Against Progress

Whatever your beliefs, the Insys money seemed to have done the trick in Arizona, as it was the only state voting on weed legalization in 2016 that voted it down. This is all too common outcome across the country as it becomes increasingly clear big pharma isn’t concerned with helping people safely, but rather worried about keeping people addicted to their brand of products. Profit is winning over decency in all of these companies. They’ve been commonly funding anti-weed organizations for the last 20 years, throwing their deep pockets at the problem of mounting evidence and calls for change. After all, many of us know what it’s like to lose someone close to us due to opioid addiction that’s only being exacerbated by the medical industry.

We have legitimate evidence from many respected institutions that points to the dramatic comfort providing properties of cannabis. About a year ago, a comprehensive report on cannabis was published by the National Academies of Science, Medicine and Engineering that was the first of its kind. The board of researchers concluded that there is substantial and conclusive evidence that weed is effective in treating chronic pain. Even more promising, they also found evidence that marijuana could be a so-called “exit drug,” helping people off of more dangerous opioid substances.

There’s also been a growing number of scientists who specialize in cannabis-related research. This is helping legitimize something that has often been seen as elicit, and therefore seldom studied. Jeff Chen is the director of UCLA’s brand new Cannabis Research Initiative, and he believes that there’s more evidence than people think, backing up the idea of cannabis for treating the opioid crisis:

“There are direct reasons why this could actually help people get off of opioids… If there is a chronic pain component, the cannabis can address the chronic pain component. We also find opioid addicts have a lot of neurological inflammation, which we believe is driving the addictive cycle. We see in preliminary studies that cannabinoids can reduce neurological inflammation, so cannabis could be directly addressing the inflammation in the brain that’s leading to opioid dependency.”

Other studies have concluded that weed, or more precisely CBD oil, could be useful in helping wean addicts off opioids. While many of them have been animal based trials, a 2015 study from the Neurotherapeutics journal also found CBD was effective in reducing the cravings of heroin addicts. What’s even more compelling is that this reduction in cravings was shown to last up to a full week after the CBD was given.

Given all the lives that are at stake, you’d think that the federal government would be more concerned with understanding if marijuana is actually the tool we need. When President Trump declared the opioid crisis a national public health emergency last October, he said that he’d be pushing for “non-addictive painkillers very, very hard.” At the same time, the CEO of the company which makes OxyContin described the idea of a non-addictive and effective painkiller as the “holy grail.” So why exactly aren’t both the federal government and big pharma looking to take advantage of something that seemingly fits the bill of holy grail?

The answer is simple, special interest money. Between 2006 and 2015, nearly 900 million dollars has been spent by the big pharma industry on lobbying groups. For context, that’s over eight times the amount of money spent by the gun lobby at the same time. Therefore the federal government is still steadfast in their insistence that weed has no medical benefits at all, putting the legal status of millions of people in limbo over state sovereignty battles.

You may be asking yourself why big pharma doesn’t just take over the pot industry if they believe that it has the potential to harm them? The most likely answer is that it’s much too hard to patent and therefore make money off plant-based pot. They’ve attempted to make synthetic versions of the cannabinoids, but they’ve been less effective and accessible, making them unfeasible long term. It should be abundantly clear by now that big pharma only does anything if they think it’ll make them money, regardless if it helps or harms society at large.

Meanwhile, there’s been a growing number of studies that indicate a significant utility of pot to fill the void left by opioids. A 2016 survey conducted by the American Pain Society of patients from Michigan found that use of weed led to a 64% drop in opioid use. At the same time, another study concluded that states with medical marijuana had much lower spending on Medicare for conditions treatable with cannabis. One study found that patients enrolled in their state’s medical marijuana system were over 15 times more likely to quit pills than those who were not.

But probably the most compelling piece of evidence is the decline in opioid-related deaths among states where medical marijuana is available. These states enjoyed a nearly quarter drop in the number of deaths each year. But there still isn’t enough of this sort of evidence to thoroughly convince the general public. It’s still too early to be sure, but there’s definite reason to investigate the potential of marijuana to be the cure to the opioid crisis.