Teens Use E-Cigarettes to ‘Vape’ Pot 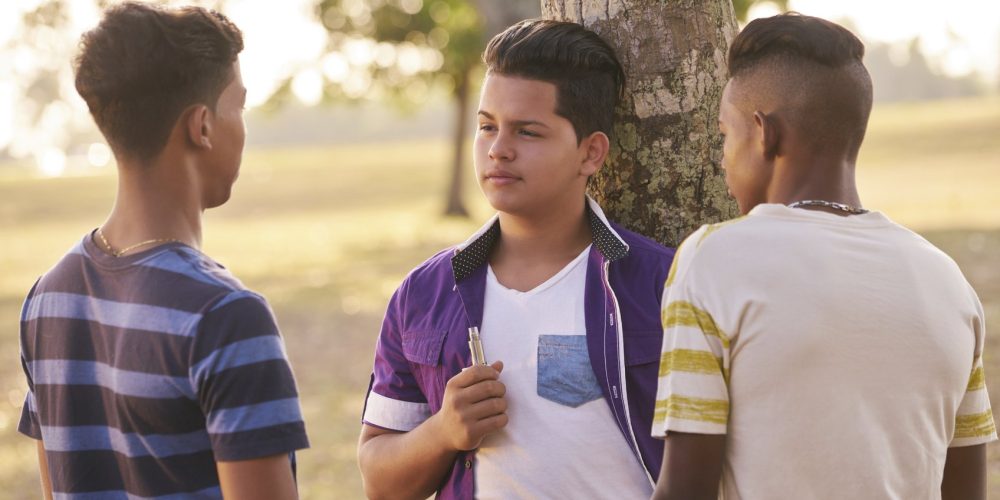 Smoking E-Cigarettes is common among teens these days. But, if you aren’t aware of the term yet, you may wonder what E-Cigarettes (Electronic cigarettes) do anyway? E-Cigarettes, or vaporizers, are used with a wide variety of liquids which contain oil that have active ingredients of nicotine. Electric cigarettes heat up the oil inside it to create a vapor that can be inhaled. The use of e-Cigarettes have been considered saferas comparedto letting your lungs burn or inhale any kind of Nicotine substance or THC directly. You must have heard that it’s better to vape nicotine than smoking it.

Since the increasing popularity of e-cigarettes, teens have been known to use them to vape marijuana, also known as ‘pot’. Though vaping liquid nicotine is considered safer than traditional cigarettes, vaping cannabis oil or hash is known to release higher level of THC than smoking dried leaves.Fortunately, studies show that teenagers nowadays smoke a lot less tobacco than before. Detailed researches have concluded that Marijuana use was increased overall by 1 percent, with nearly a quarter saying that they have vaped, inhaled, or consumed Marijuana in the previous years. The results also showed that the use of cocaine, heroin and other addictive drugs continue to decline overall to the lowest levels.

Why are E-Cigarettes so useful for traditional cigarette smokers?

E-Cigarettes are rapidly becoming a welcome substitute to smoke tobacco or cigars. If you are craving for traditional tobacco cigarettes but find it harmful and want to try something different, an E-Cigarette offers many benefits. There are few advantages of vaporizers:

Getting your hand on one of these E-Cigarettes is very convenient. There are several genuine and cost-effective devices than can be purchased online via companies like Herbalize Store US or Herbalize Store CA.

What are the Benefits of vaping Marijuana, instead of smoking it?

Though consumption of any form of tobacco or marijuana is extremely unhealthy and not at all advocated for, teens who are using e-cigarettes to ‘vape’ pot are still a lot less likely to suffer major health ailments as compared to the traditional users. Here is why:

The American Medical Association found that marijuana has the ability to cure health conditions from chronic pain and muscle stiffness. Medical marijuana cannot cause deadly overdoses. For legalization supporters, getting the federal government to recognize marijuana’s medical value could be momentous to all.