Gravity bongs may sound pretty old school, but you should try these at least once. Who knows? You might take a liking to them!

You might be asking why you should try them when you have your friendly bong or pipe.

Not only is it an enjoyable way to consume weed, but it can also be a fun DIY project for yourself or with your friends. It can also let you save up on cannabis while still getting you pretty high pretty fast. With these, you can take a huge hit all at once, and just a few hits will take you sky high.

So what exactly are gravity bongs?

There are two kinds of gravity bongs: waterfall and bucket.

Waterfall bongs let you get high with gravity (duh!) and a big plastic bottle, so don’t worry about it getting too complicated.

The bottom is just a bottle that has an opening at its lowest point. The top part, on the other hand, has a mouthpiece and a bowl piece. You plug the hole using a finger or other objects like duct tape, as long as the hole is completely stoppered. Fill the bottle with water when you want to smoke. Pack your weed into the bowl piece on the cap, then put it on the bottle.

Don’t forget about the container for catching the water, because this could get wet! You can also do this above a sink to make things easier.

Spark the lighter above the bowl, then unplug the hole. Keep distance between the plastic bottle and the flame, or else you’ll be tasting plastic. When you remove the plug, the water will be pulled out by gravity, like (yes, you guessed it) a waterfall. You can put the flame out when the weed is cherrying.

The bottle will automatically fill with smoke as the water gushes out. You won’t exert too much effort on trying to get all the smoke you can from the packed bowl, for which your lungs will thank you. All you have to do is remove the cap and clear the waterfall bong of smoke, and you’ll be hitting the stratosphere in no time.

Don’t leave the smoke there for too long, or else it will taste too harsh and stale to your liking.

You fill the bottom half with water, but not too high lest it’ll overflow. The top half is similar to the waterfall bong, with a mouthpiece and a bowl piece. Don’t forget to fill the bowl with weed.

Don’t put the cap on just yet! When you submerge the upper half, uncap it, or else you’ll have ground weed everywhere, which is a waste. You can cap it once the top half is in the water already.

This type of bong doesn’t take much advantage of gravity, despite it being considered a gravity bong. It makes use of increasing pressure when you force the top part into the water-filled bottom half. When you light the bowl up, the smoke will get sucked into the top part when you jerk it up. The name “pressure bong” doesn’t sound as awesome as gravity bong, though!

The final step is pretty easy. Just suck up the smoke and get baked! 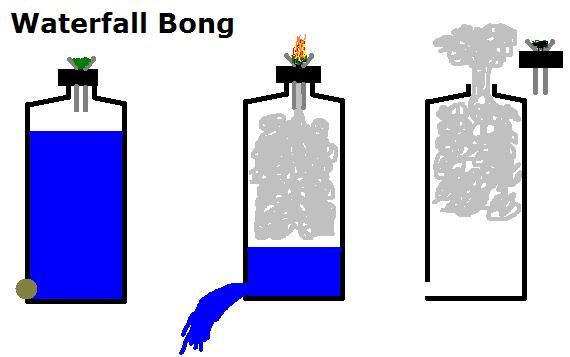 You’ll need the following to make a waterfall bong:

Once you’ve got all the materials, all you need to do is: 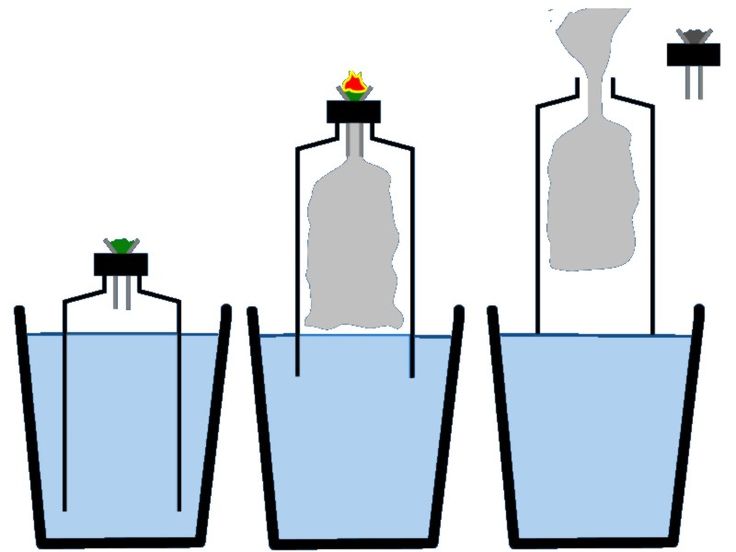 If you prefer bucket bongs, all you need is:

To make one, you have to:

Easy to make and fun to smoke with, this classic type of bong will have you flying at formidable heights, especially if you don’t have papers or pipe at hand.

They’re fine once in a while, but the cut up bottles shouldn’t be re-used. You can look for glass versions if you like this particular style.

We use cookies to ensure that we give you the best experience on our website. If you continue to use this site we will assume that you are happy with it.Ok